This summer’s air travel chaos has added another reason why a growing number of European travelers are opting for trains. Another factor to bring back overnight trains, is concern over climate change. Journeys by train can represent 1/5 of CO2 emissions compared to flights, which is why railway companies, national governments and E.U. bodies are mentioning this as a reason for re-establishing a network of overnight medium-distance train journeys that once connected the continent. Yet, these initiatives have a long way to go.

Europe’s night train network began eroding in the 1990s. As low-cost airlines like easyJet and Ryanair emerged, demand for overnight trains evaporated. By 2019, both Germany and Switzerland had sold off or shut down their night connections altogether. The dismantling made it difficult to book a cross-continental passenger ticket. Today anyone hoping to travel by train from, say, Copenhagen to Barcelona, would have to cobble together their own ticket by navigating a bewildering national timetables and websites, and then change trains anywhere from three to eight times along the two-day journey.

But there is hope. The Paris-Vienna night train began running in December 2021. “Before corona, we were always full during summer months and during weekends and that was it,” says Bernhard Rieder, director of media relations for ÖBB. “This year, from Easter, we’ve been completely full on all lines every day. We get a lot of complaints from people who say ‘we hardly have a chance to get a seat or a bed’.”

In 2019, passenger night train efforts got an important boost when flygskam—the Swedish word for “flight shame”—burst into public consciousness around the world, thanks to activist Greta Thunberg. Growing criticism over CO2 emitted by airplanes coupled with the lack of convenient cross-border train options, prompted some start-ups to pay attention, like Midnight Trains. This private company promises to connect 10 European cities from its hub in Paris with transport that is more like a hotel on rails than a traditional night train. “This is a product that hasn’t been reinvented for the last 20 to 30 years,” says Payet. “So we started working together on how to reinvent the night train to make it the most sustainable and comfortable way to travel across Europe.” Midnight Trains will launch its first line in 2024.

There are some challenges for night train initiatives.

1. Prices: Train tickets can be sometimes more expensive than plane tickets. This, due to an European pricing structure where airline tickets are exempt from VAT but trains are not. The current energy crisis adds a critical need for Infrastructure Managers and Train Operators to establish a transparent control on all energy used by all electrified rail lines and all electric trains in Europe.

2. Duration: A train journey is significantly longer than a flight.

3. Delays: Trains specifications still vary from country to country and therefore often need to be changed at border crossings due to different power supplies and safety regulations.

These issues are addressed in the European Commission’s Action Plan that was approved at the end of 2021. It calls for the introduction of a Europe-wide ticketing system that would allow passengers to easily piece together international trips, infrastructure investments that would remove the need for locomotive changes at the border and a reconsideration of VAT charges. But even the target adoption date of the end of this year for the digital booking system has already been pushed back into the second half of 2023.

“It’s not something that’s easy,” says Adalbert Jahnz, European Commission spokesperson for transport. “We’ve got 25 networks on the European level, which are pretty complex.”

Meanwhile, the E.U.’s goal of cutting carbon emissions by 55% by 2030, and reaching the more ambitious target of net zero by 2050, has been a boom for rail. During the pandemic, France and Austria made bailout money to their respective national airlines contingent on phasing out domestic flights under three hours, and since then, France has outright banned short haul flights if rail or bus alternatives exist. The energy crisis has also provided a boost: this summer, Germany reduced all domestic rail tickets to 9 euros for 3 months, while Spain made regional and commuter trains free between June and August.

To read the whole article, please go to https://time.com/6205406/air-travel-chaos-europe-train-climate/

If you want to know more about how Eress helps Infrastructure Managers to establish a transparent control of energy used in their networks, please contact eress@banenor.no 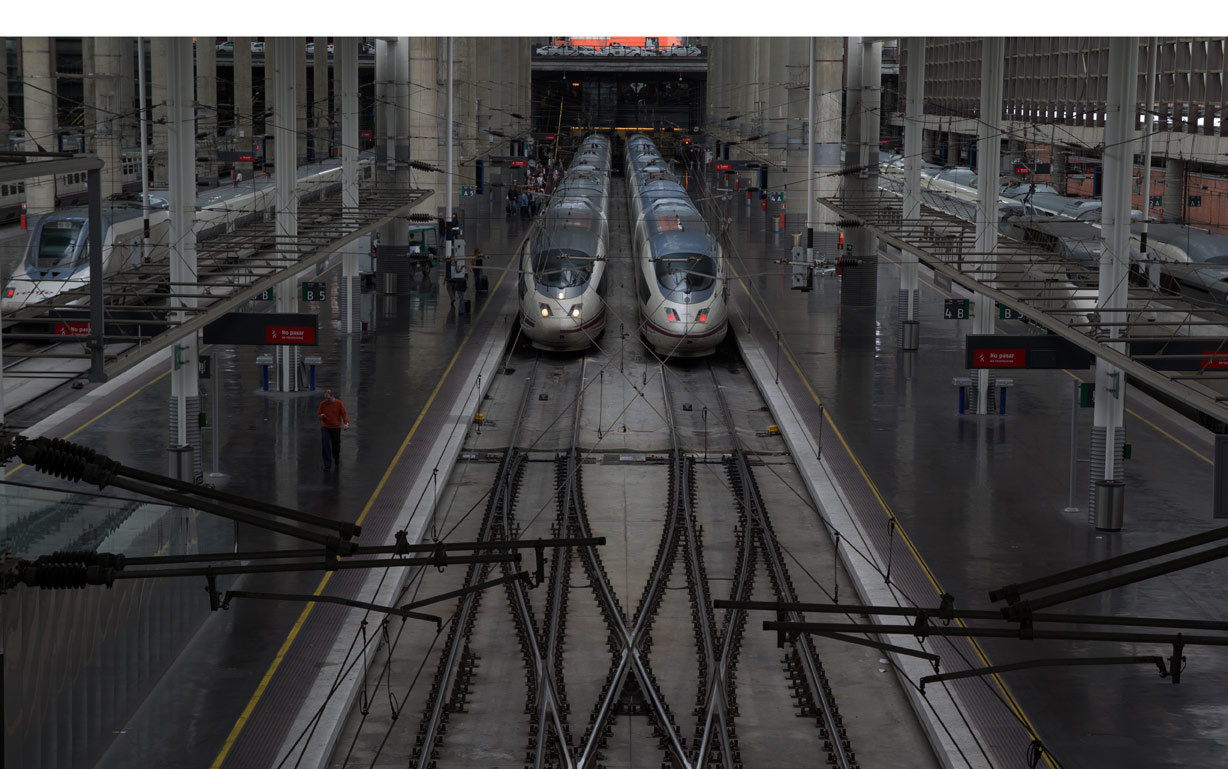